Queen Elizabeth II died peacefully at Balmoral, her treasured Scottish Highlands home on the 8th of September 2022. Each summer the Queen would visit the castle accompanied by her beloved husband Prince Philip to whom she was married to for 73 years until his death in April 2021 at the age of 99. The royal couple are survived by their four children, the Prince of Wales (now King Charles III), the Princess Royal, Prince Andrew and Prince Edward, eight grandchildren and 12 great-grandchildren.

As the country's longest reigning monarch and the oldest sovereign in British history, many of us have never known another head of state. For over 70 years the Queen was a constant in an everchanging world, her unwavering faith and dedication to her people will be her lasting legacy. Since the sad announcement from Buckingham Palace on Thursday tributes to the late Queen have been received from all around the world; American president Joe Biden said ‘The Queen was more than a monarch she defined an era’ with Canadian Prime Minister Justin Trudeau tweeting: "She was a constant presence in our lives – and her service to Canadians will forever remain an important part of our country's history, one of my favourite people in the world".

Queen Elizabeth II lived an extraordinary life of public service visiting some 118 countries on official engagements. During her reign, her Majesty was associated with more than 600 charities, research from the Charities Aid Foundation found that she was among the world’s greatest supporters of charities and had helped the organisations she supported raise more than £1.4bn.

When Elizabeth became Queen in 1952, she became the head of Commonwealth realms – a group of sovereign territories and protectorates that consider the Queen as the head of state. As head of the Commonwealth, she was instrumental in bringing several socio-economic benefits to those countries.

Those close to the Queen have spoken of her playful sense of humour and ability to make people around her feel at ease. Who can forget the London 2012 Summer Olympics opening ceremony sketch with Daniel Craig as James Bond? Or more recently her Majesty enjoying tea at Buckingham Place with Paddington Bear and finally revealing to the world what she really kept in her iconic handbag.

We finish with an extract from a speech delivered by her Majesty on her official birthday back in 1947 at the tender age of just 21. The then Princess Elizabeth laid out her promise, a promise she kept for over 70 years:

‘I declare before you all that my whole life whether it be long or short shall be devoted to your service and the service of our great imperial family to which we all belong’.

From everyone at Social Care TV – Thank You Ma'am, for everything. 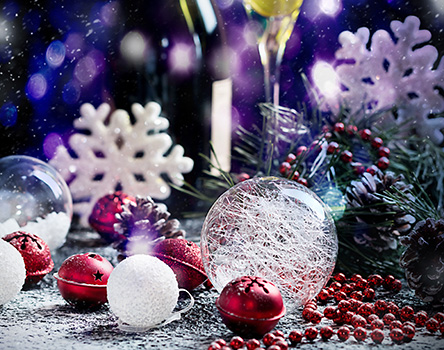 As another year draws to a close, we thank all our customers and sincerely hope that we have continued to make a meaningful contribution to the wellbeing of those that you cared for.

As millions across the country plan to celebrate Her Majesty’s incredible 70 year reign, we spoke to some of our customers regarding their plans.